Which Air Conditioning Is Best for You? 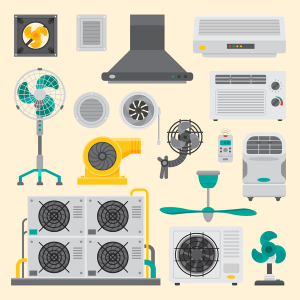 Summer is in full-swing, but that doesn’t mean it’s too late to make full use out of a new AC. If you’re not sure which AC is best for you, try not to sweat it (but in this weather, we understand that might be asking a lot).

Below, we’ve listed three popular air conditioning systems and who will benefit the most from them.

Central air systems are your standard air conditioning systems and are what most people think of when they think AC.

People who already have heating installed can benefit the most from central AC. These systems can use the same ducts and vents used by a furnace. Because your heating is already taken care of, there’s no need to invest in a system that does both heating and cooling, such as a heat pump.

People who don’t have ducts installed. These systems require a series of ducts to transfer air through your home. If installing ducts sounds troublesome, you might want to scroll down and check out the benefits of a ductless system.

Heat pumps work just like central air system, except for one key difference: they create cool and warm air.

Anyone who lacks both a heating and cooling system and wants to bring comfort to their entire home. For those with a heating system already installed, a heat pump would likely not be as useful.

A heat pump would be redundant for homeowners who already have a furnace installed. You’re much better off adding onto your existing system and opting for central air conditioning.

Ductless systems are easiest kind of AC to install. They operate just like a heat pump, requiring an indoor and an outdoor unit. Each additional room you want to heat or cool requires its own indoor unit, which takes up less space than a small HDTV.

Older homes without ducts can benefit from the extra control allowed by their ductless system. Instead of cooling or heating the entire home, ductless units allow you to control the temperature only in the rooms you want. Garages, recently added rooms, and newly renovated homes can all benefit from a ductless system.

Those without a larger budget. Ductless systems have some amazing benefits, but with it comes a greater up-front cost than you’ll experience with other systems.

Make sure we serve your town: